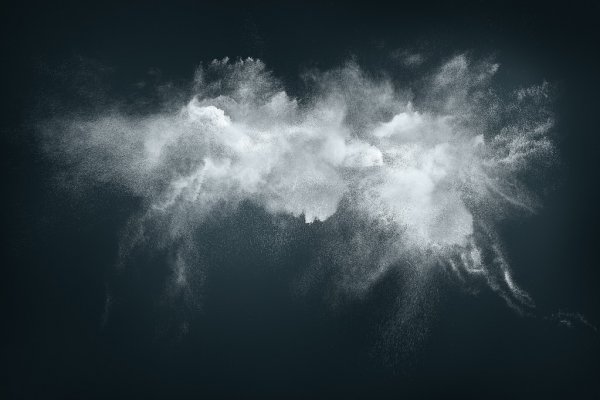 ATEX & Explosion Safety Awareness Explosive Dust Atmospheres Dust! It’s everywhere… In households it is primarily tiny fibers launched into the air every time we sit on fabric-covered furniture; it’s tiny fibers coming from our clothes as we move around; it’s our own skin cells that we all shed at a rate of four kilograms per person, per year. Typical dust is insufficient to pose a significant hazard in a home. Unless…

Imagine you’re working in your woodshop, using a belt sander to finish a large tabletop. You’re wearing eye protection, a respirator, and the air is so dense with dust you can hardly see the other wall…

Now imagine if that dust made its way to the pilot light on your furnace or boiler… or if the motor of the belt sander had brushes that produced a continuous stream of arcs while operating… Even in your own home, you now stand a good chance of becoming a safety statistic by not using a dust collection system.

Pharmacology industries use a great deal of extremely fine and chemically inert powder to create compressed tablets, pills, and capsules. The food processing industry uses substances like flour, powdered sugar, finely ground cinnamon (tree bark), and corn starch, all of which can be easily made airborne. The paper and lumber industry is just like our home workshop owner and can create an immense amount of fine sawdust and airborne particulates.

Depending on the materials, different products burn at different speeds. Industries that produce powdered milk, baked items from hundreds of thousands of tonnes of ground grains, and corn powder products face similar risks, but they are not the same. Corn powder ignites more easily than sawdust, for example, and sugar is a pure hydrocarbon, making it an extremely efficient fuel-burning both hot and quick.

Why is Dust Vulnerable to Combustion?

Just as large animals have less surface area per volume than small animals, large particles expose less of their fuel to heat and oxygen than small ones. This is why a log can burn for hours and hours, but a sawdust particle can be consumed in less than a millisecond. Some materials even spontaneously ignite upon contact with a hot surface.

There is certainly less fuel available in a tiny speck of dust than a full log, but its surface area is immense compared to its fuel, so it “flashes” in an instant, totally spent. At that moment it creates a tiny fireball around it many times its own physical dimensions as its energy is released.

If there is a lot of similar material around it, dense enough that its brief, bright flare can connect with a dozen other particles, it touches off a cascade that can tear through the entire volume of dust in seconds. This is a deflagration.

The other type of atex explosion, the detonation usually occurs with volatiles (things that evaporate) that have a great deal of chemical potential energy, too, rather than merely the ability to combust. Detonations occur faster than the speed of sound (hypersonic) and do their damage through pressure waves. Deflagrations occur at sonic or subsonic speeds and do their damage with heat and flame.

Most Dust can Combust

There are always exceptions, say, for example, talcum powder. It is non-inflammable, non-explosive, and waterproof; however, by and large, we can safely assume that nearly all powders with a particle size smaller than half a millimeter (0.5 mm) will present a safety risk.

So-called “safe” dust is that which is not airborne, but it is only safe from atex explosion if it remains in that state. It can easily become explosive with just the wrong circumstances occurring. The slightest eddy or breeze, say by opening a door, could cause fine dust to become airborne, sufficiently concentrated, and surrounded with the essential oxygen it needs to burn.

On the other hand, hot sparks from a grinding operation could set a dust layer alight. An arc or gas welding operation overhead could be the trigger for a fire in a dust layer, too. This is why Housekeeping is essential for safety. We should never let dust accumulate.

Silos are Vulnerable to Atex Explosion

Silos often circulate air to keep grain dry. Corn stored for a year waiting for market prices to rise is just as good for food production, animal feed, or whatever other need arises because it is hard, dry, and ready to process. That air circulation also helps to prevent insect infestation, as well as removing dust below the LEL, or Lower Explosion Limit, rendering it safe.

The problem arises when the moisture content gets too low, the heating gets too high, and the dust levels rise to dangerous levels. At that point, you’re looking at a potentially explosive situation. On average, in the United States, there are 11 silo explosions per year, two deaths, and 13 injuries.

This corn elevator (a series of buckets conveying grain to the top of the silo), despite its steel construction, was ripped open in the resultant blast. Conditions evolved where heat, dryness, and possibly something as simple as a static discharge, set off an explosion in the relatively small space. If it had propagated further into the silo the entire structure could have been demolished.

Assessing the Risk for Atex Explosion

The environment must be evaluated. Are the particles 0.5 mm or smaller? How much dust do the individual machines and processes accumulate between cleanings? What is the total amount of dust in the facility? Does the dust ever exist in sufficient concentrations to ignite?

If vision is obscured over just a meter or so of distance, in all likelihood the density is sufficiently risky to take measures. Increased ventilation is one possibility, but how that is done can amplify the risk (such as opening many doors) or reduce it (vacuum collections systems at the point of generation). The latter idea of altering the process such that it never reaches a dangerous level is better.

After all, if a high level of dust occurs periodically, there is a significant likelihood that a layer of dust will remain afterward. It only takes a layer 0.1 mm thick to present a risk. Such a layer, particularly if it is dry, can be drawn into a vortex of air and recreate the hazard even when that process is no longer running, and when no one is prepared for it.

People may know that cigarette smoking is forbidden during the dust-generating process and yet smoke freely at other times. If someone opens a door and a stiff breeze loft a large amount of dust into the air, will the smokers have the wits to immediately extinguish their cigarettes before the dust cloud reaches them?

Once again: this is why Housekeeping is essential for safety. The need for thorough cleaning after each dust-generating event might inspire changing the process to eliminate dust as much as possible to save downtime for cleaning. Also remember to only use atex certified equipment in the zones, such as our ATEX Keyboard.

There are three zones of concern with explosive dusty atmospheres. A facility may be rated largely as Zone 22, which is very unlikely to ever experience a condition where an explosive atmosphere exists. Offices come to mind, but it could as easily be a portion of the facility sufficiently far from the generation point as to be essentially immune.

Next is Zone 21 where some risk can exist, usually on an occasional basis. Generally speaking, this can be the area immediately surrounding the actual generation point. It could also be a point separated from the risk zone but where a blower or vacuum system has the potential to leak dust away from the actual process.

The last is Zone 20 where there is a near-continuous possibility of dust density existing capable of posing a hazard. Sanding operations in wood mills and processing plants are a prime example, but silos of all types pose some risk, such as grain, starch, sugar, or filler agents for food or pharmaceutical products.

Some processes are inherently dusty. Mining granite, marble, or chalk can be done with impunity. But coal dust has resulted in the deaths of thousands worldwide. In comparison, a methane explosion is almost tame, though such a thing can trigger a coal-dust explosion, if they are found together.

Similarly, any commercial process, involving almost any organic powder, can be hazardous. Sugar, one of the most common compounds in food processing is a hydrocarbon with its own oxidizer built-in as C12H22O11, or as we like to call it, a carbohydrate.

Powders are essential to most of our manufacturing processes. We must control the five Dust Atex Explosion factors.

These are fuel, ignition (sparks, arcs, hot surfaces), oxygen, confined space, and dispersion (fuel density); these are paramount for safety. Refining your process. So that it does not provide fuel is probably the easiest and most economical route. Since most dust amounts to wasted product. Let’s reduce the risk!